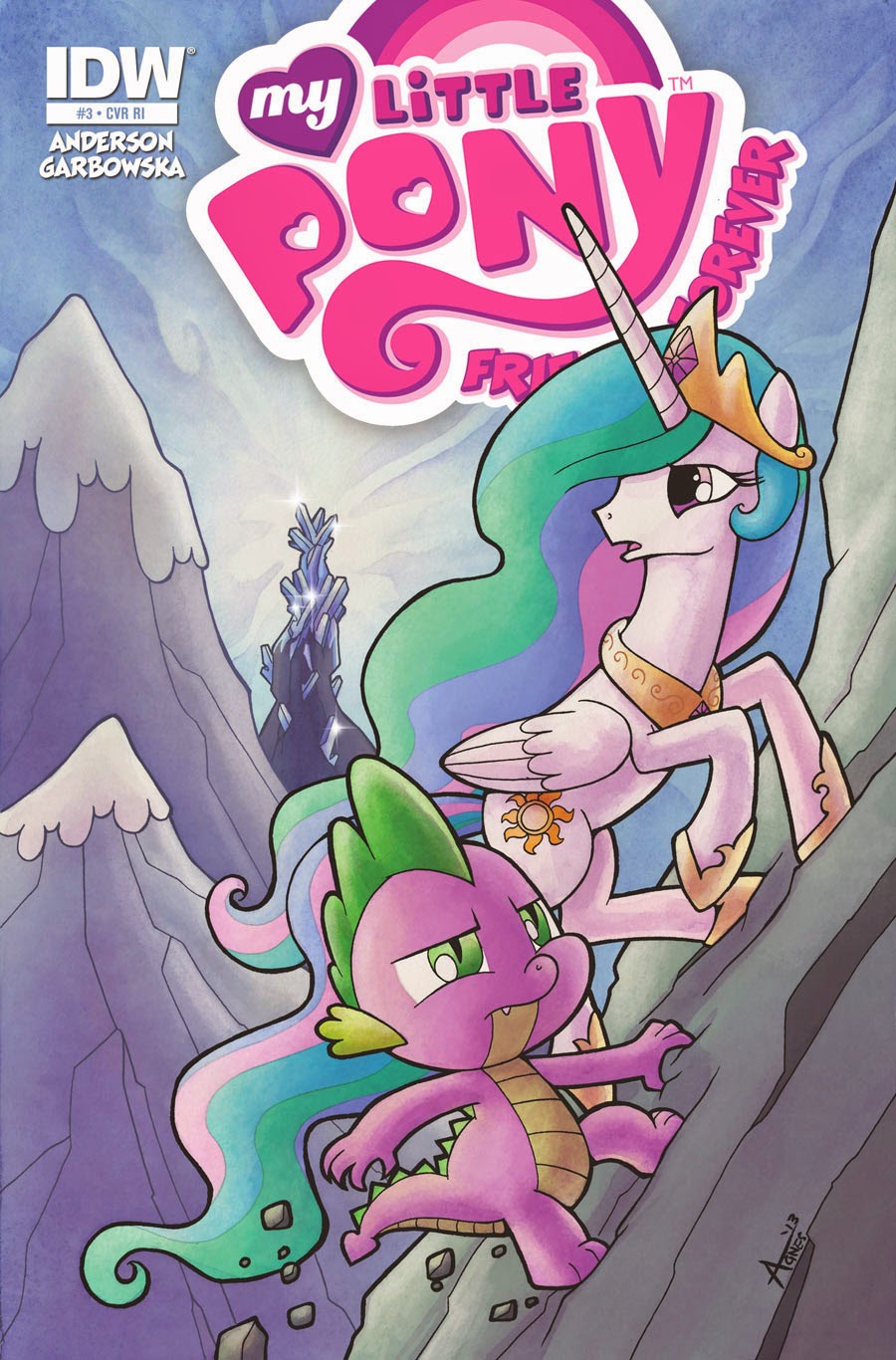 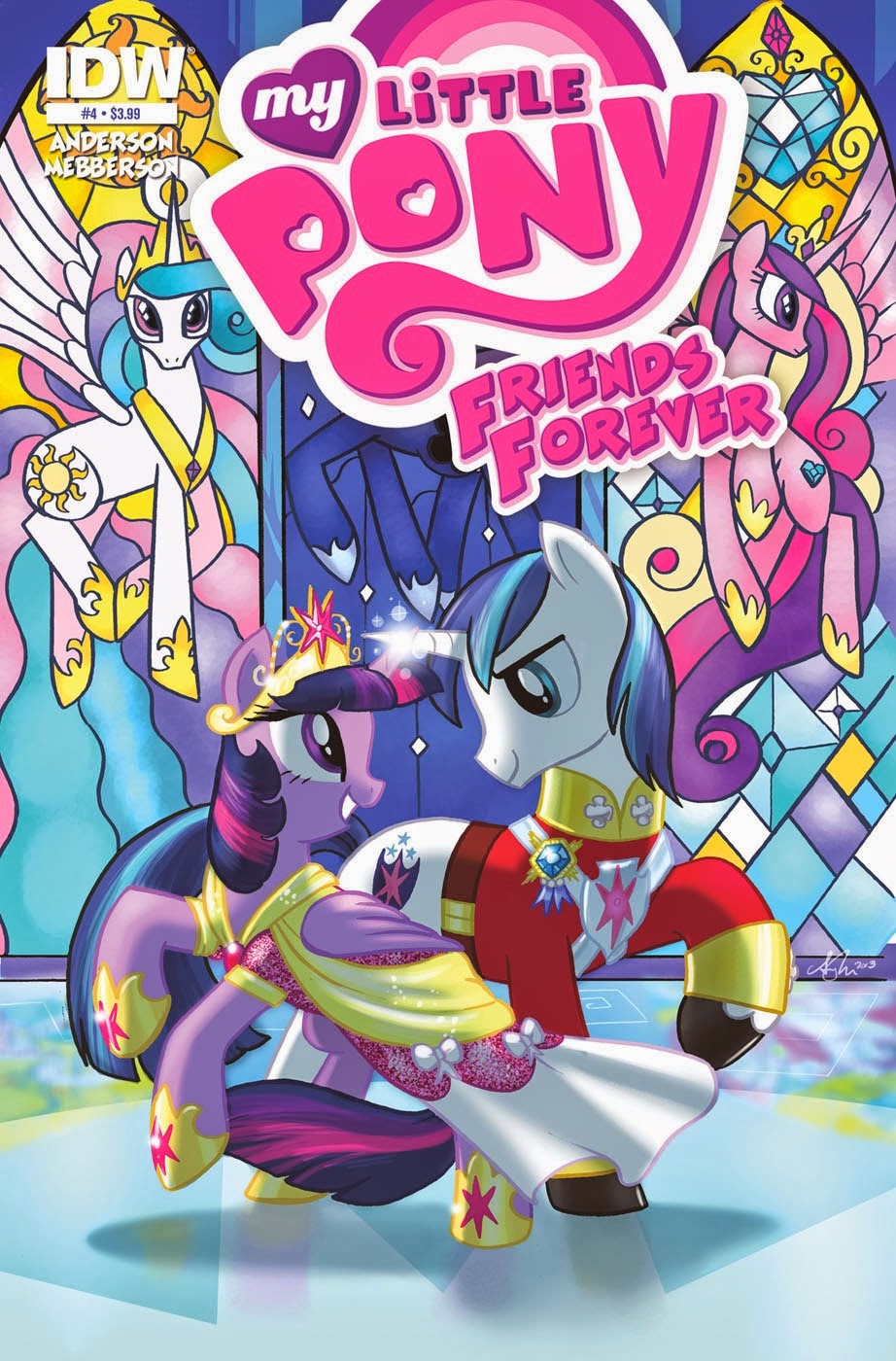 I haven't had the chance to start reading it yet, but "Reflections," Katie Cook and Andy Price's ongoing story arc in IDW's main MY LITTLE PONY title, bids fair to be the duo's most audacious effort yet.  Reports are that it's a riff on the famous Star Trek episode "Mirror, Mirror," but with an unexpected twist that will probably pitch a lot of Bronies into hotchpot... that is, once season 4 concludes this coming weekend and they can turn their full attention back to what's been going on between the slick covers.  I'm going to hold off on reviewing "Reflections" until the full arc is complete, just as I did with the title's original four-part epics.

Meanwhile, the FRIENDS FOREVER title has been plonking along with serviceable stories that don't, at least to my mind, seem to be making the most of the promising premise of teamups of various MLP characters.  The two most recent issues, both written by Ted Anderson, each have their moments of charm, but are generally forgettable.  Issue #3 finds Princess Celestia and Spike engaging in a fairly generic adventure (without Twilight Sparkle, of course -- check the subtitle).  I suppose that we are fortunate to have gotten this particular teamup at all, since Spike has been season four's designated patsy and Celestia has had precious few recent animated appearances.  The slightly clunky Agnes Garbowska art, however, is something of a turn-off.  In #4, Twilight and her brother Shining Armor get some quality time together in the Crystal Empire, where, wouldn't you just know it, there's a mysterious "Crystal Ghost" knocking around the palace and stealing books from the Royal Library.  With Twilight and Shining having engaged in numerous mystery-chasing escapades during their growing-up years, the pair jump at the new chance to do the Scooby-Doo "thang."  (Knowing how Twilight feels about books, it could easily have turned into a scenario out of Buffy, the Vampire Slayer.)  Oddly enough, the regular MLP title recently had a two-part adventure about a tome-guzzling bookworm.  I didn't review that particular one because, quite frankly, the narrative completely baffled me.  This version at least has the virtue of being reasonably simple to follow, and the Amy Mebberson art is nice.  Let's just say, however, that I had hoped for more... combustible pairings in this title.  A couple more promising ones are reportedly on the way, so I still have reasonably high hopes for the success of FRIENDS FOREVER.
Posted by Chris Barat at 8:14 PM
Labels: General Comics, Hanna-Barbera, Live Television, MLP:FIM, Scooby-Doo, Star Trek